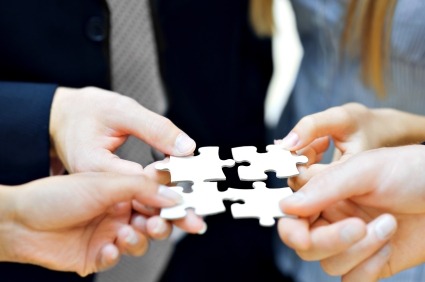 It happens sometimes. Weeks of planning and a smooth due diligence stage are followed by several tense, even hostile days at the negotiating table. At this point, it’s obvious to everyone involved that personality conflicts are likely to kill the deal. Maybe the two owners are like oil and water, or the founder and first-time seller feels insulted by the buyer’s experienced acquisition team.

Although personal dislikes or disagreements shouldn’t prevent solid M&A deals from going forward, they can if you’re not careful. Selling — and even buying — a company can be an emotional process, so it’s critical for owners to remain as objective as possible and rely on the cooler heads of their professional advisors.

You’re more likely to get what you want from a deal if you know what that actually is. Take time to identify your goals, and your tactics for reaching them, before you put your company on the market or start looking for an acquisition target. If you remain focused on these goals as the transaction proceeds, your deal is less likely to become sidetracked by your emotional responses to the topsy-turvy M&A process.

If, for example, sellers hope to realize an above-market price, they need to be able to speak confidently about their business’s strengths and address any perceived weaknesses. Buyers gain negotiating leverage by highlighting an acquisition target’s weaknesses, so sellers should prepare good arguments and not allow themselves to take offense at any perceived criticism of their leadership.

By the same token, buyers should focus on specific weaknesses — supported by numbers and facts — that affect value, and avoid blaming the company’s owners or executives for poor management. Diplomacy is essential in such situations.

You don’t have to become your buyer’s or seller’s best buddy, but a cordial relationship can go a long way toward a satisfactory deal outcome. Dinner or another social outing can help break the ice. If you’re talkative by nature, speak less and listen more, and express interest in the other party’s opinion. Retaining a good sense of humor further helps build a working relationship.

Going back on your word, exaggerating points or misrepresenting facts in an attempt to strengthen your position, on the other hand, can damage goodwill. And don’t try to box the other party into an untenable position during deal negotiations. It could backfire with the other side walking away.

A principled negotiation process also can mitigate conflict. Don’t think of the deal as a game you need to win, but as something that can result in both parties walking away satisfied. To achieve such an outcome, consider:

Separating style from substance. Different communication styles (for example, analytical vs. emotional) often lead parties to believe they’ve reached an impasse, when in fact the substance of what they want is similar.

Focusing on interests. Taking extreme positions for leverage can make negotiators lose sight of their true goals or interests.

Seeking win-win solutions. Compromise and a show of good faith are critical if both parties are to “win.”

Relying on facts. Founding, long-time owners, in particular, often are emotionally attached to their company and may feel insulted when a buyer doesn’t agree on its value. By sticking to industry standards and other objective measures, you can avoid personalizing what is, after all, a business transaction.

Finally, if you reach the point where you feel you can’t communicate with the other party and are ready to give up, remember that you can always lean on your M&A advisors. These professionals lend a degree of detachment to the deal process that interested parties obviously lack and they have experience negotiating in adversarial situations. If necessary, empower your advisors to make decisions for you.

No one benefits when personality conflicts prevent closing a deal that otherwise makes sense. Before you enter the negotiating room, discuss your strategy with your advisors and be prepared to turn the controls over to them if discussions become hostile.